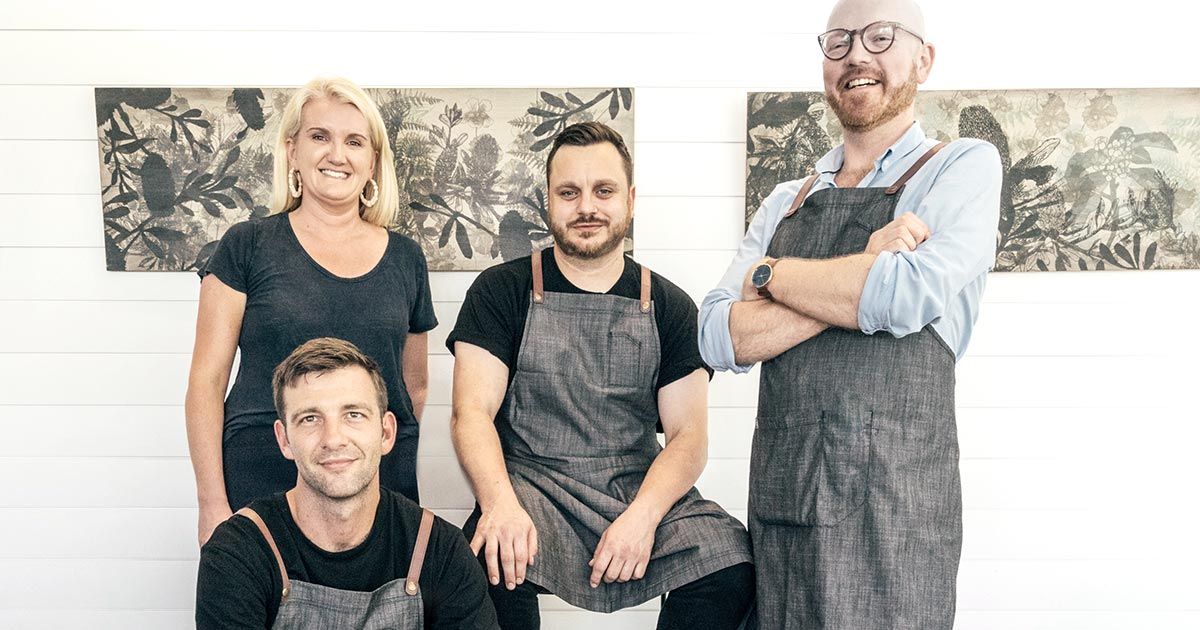 Simon Evans and Thomas Chiumento were the chef / owners of Caveau restaurant in Wollongong, a stalward of the Wollongong dining scene since 2005, winning a chef hat in every year it was open. After working in the restaurant for several years, the boys bought the restaurant in 2017 and lead it to a more local and native ingredient focused menu, and relaxed service style, maintaining the coveted hat and increasing their score in the subsequent years. Strong relationships with their suppliers and growers and a passion and understanding of native ingredients allowed them to create modern dishes using ancient ingredients and techniques with ingredients such as magpiegoose, emu, crocodile and green ants appearing on their menus.

Simon Evans is originally from Wales and worked at the 2009 restaurant of the year Y Polyn, an award winning ‘gastropub’ serving classic dishes based on the best produce available and classic techniques. Before moving to Australia in 2012 he gained experience at multiple Michelin starred restaurants across the UK. Simon is the more food and beverage focused of the pair, he is also a sommelier, running the lists and wine programs at Caveau and Night parrot (winning 2 glasses for his list at Caveau in the wine list of the year awards). Simon has a passion for native Australian ingredients, Australian wine and creating imaginative dishes utilising solid technique combined with respecting the amazing produce we have available to us here on the south coast.

The new menu Simon has written aims to highlight the amazing produce we have in the local area, complimented with wild foraged ingredients from the local beaches and a use of native ingredients that is not merely tokenistic, but used to accentuate the dishes.

Thomas Chiumento is of Italian heritage, and grew up with freshly grown vegetables and fruits from his family’s gardens, and honey from their hives. These formative years shaped Thomas’s outlook on food and created a love of simplicity, allowing the ingredients to speak for themselves.
Originally studying for a degree in maths and physics, the draw of the kitchen was too strong, with Thomas leaving to pursue a career as a chef, working through some iconic Wollongong kitchens before joining Simon in the Caveau kitchen. A year in Melbourne working in hatted restaurants cemented Thomas’s ambition, leading to the pair purchasing Caveau in 2017.

Thomas is the more operations and front of house focused of the pair, his work ethic and eye for detail allowing him to be across everything in the restaurant, he believes it’s the extra 1% that can take a restaurant from good to great! He shares Simon’s passion for local and native ingredients and sees them as integral to the future of Australian food.

“We want the menu to be accessible, versatile and informal, we’re not looking at 3 hour tasting menus or small intricately plated dishes, we want generosity. Although words like ‘seasonal’, ‘local’ and ‘sustainable’ have become buzz words we actually practice what we preach, which will be seen in our menus. We want the Bangalay dining menu to be able to provide food options for all times of day and all needs, cheese, charcuterie and a glass of wine at lunch, a casual dinner, a whole feast menu and everything in between. With a venue so beautiful and in such an amazing location, we believe the food, beverages and service should be able to match the surroundings we are in, we want to make this the dining destination on the south coast!” 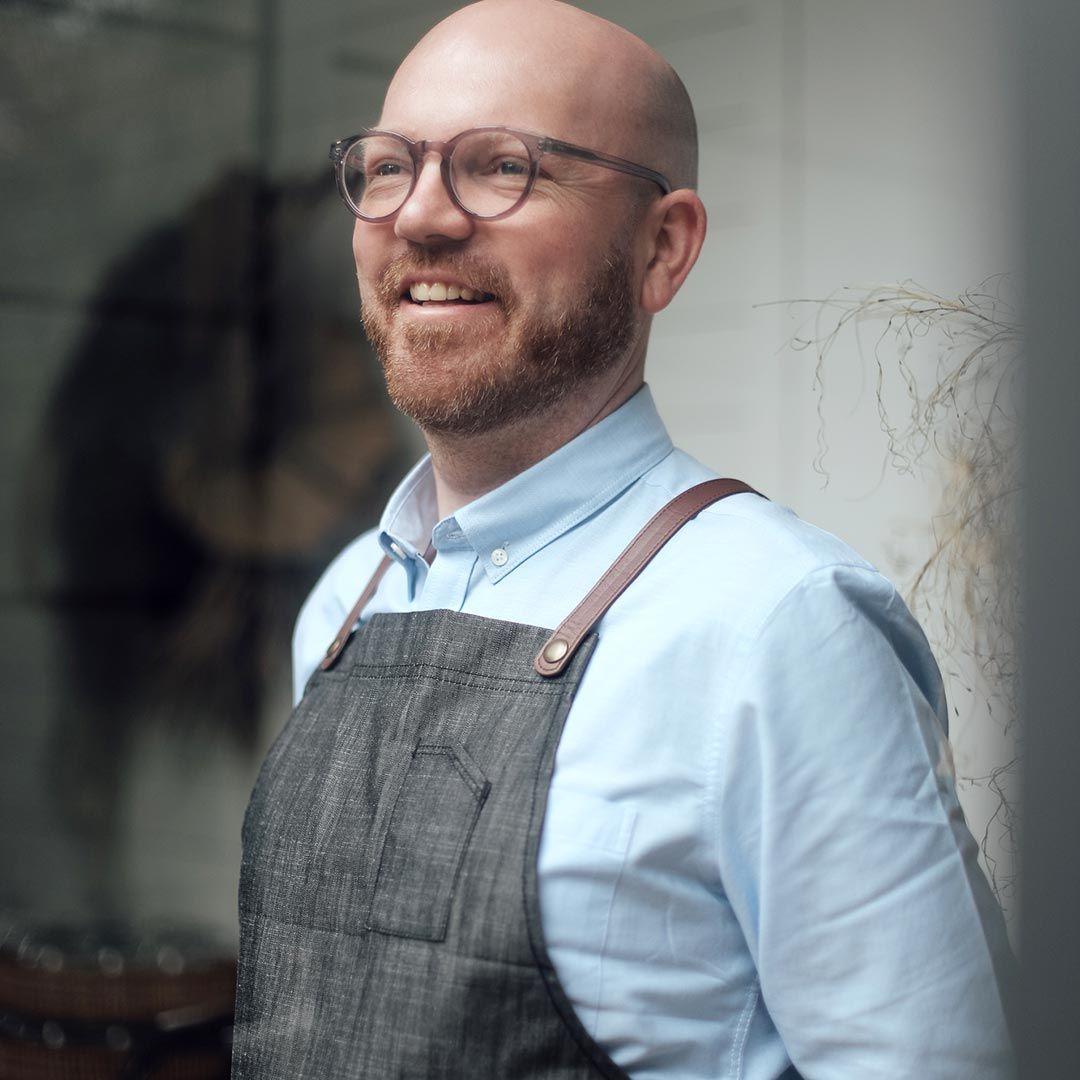 Ronnie Gorman would have to be one of the most qualified restaurant managers in Australia. Having started his hospitality career as a chef, Ronnie understands the full operations of a restaurant, both sides of the pass.

His love is engaging with the guests however, so working table side is where he radiates his best talent. Ronnie’s front of house career started at Nobu, Berkeley Street in London. It was a Michelin Star restaurant at the time and it set him on a path for a career in the premium dining space.

Returning to Australia, Ronnie spent four years at the two hatted Wasabi Restaurant in Noosa, during which time he was a finalist in the Young Waiter category of the Appetite for Excellence Awards.

Heading back down the east coast, Ronnie took up the role of General Manager at Mejico Restaurant and Bar in Sydney’s CBD. This role saw him responsible for opening a new restaurant, onboarding of staff and service training.

In 2018, Ronnie took up a role as Restaurant Manager at the hatted Saint Peter fish restaurant in Paddington. It was here Ronnie relished the opportunity to be an integral part of food and service delivery. Ronnie was the curator and manager of the wine list and managed the wine and food pairings.

Ronnie’s move to Bangalay Dining was driven by the holistic experience offered at Bangalay Luxury Villas. He was immediately attracted to the sophisticated food and beverage experience but also the standard of the accommodation and the native coastal environment that has permeated throughout the character of the boutique resort to create the perfect seaside escape.

Ronnie will be drawing on his valued and long-lasting relationships with many of Australia’s most renown wine makers and distillers to further develop the wine experience at Bangalay Luxury Villas and he will be working with Bangalay’s new exectutive chef team to create one of Australia’s best coastal dining experiences.